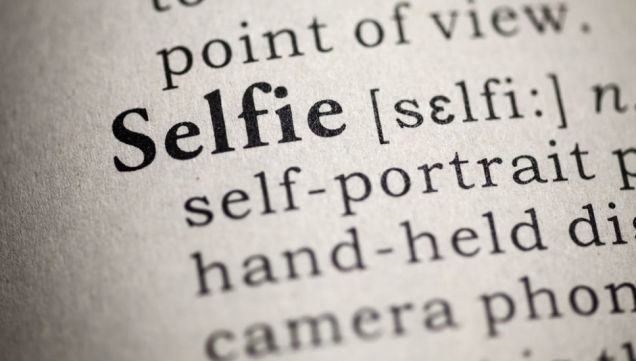 A selfie is a picture taken of oneself, typically using a smartphone or a webcam and shared on social media. For many people social media has become a basic means for communication and expressiveness. Facebook, Instagram and Twitter are three of the top social networking websites people use these days. Facebook has over 1 billion users worldwide; out of those 1 billion, 700 million users access the site daily. There are 200 million Instagram users and they post over 1 billion pictures, while twitter has over 250 million active users where half of them access the site daily, and about a quarter of them visit the site multiple times a day.

Jesse Fox and Margaret C. Rooney conducted an online survey sampling men between the ages of 18-40. Trait predictors of social media sites included editing one’s image in the pictures taken, and posting those selfies or pictures others have taken of them. Fox and Rodney inspected the Dark Triad (Machiavellianism, narcissism, and psychopathy) and trait self-objectification as predictors.  The Dark Triad consist of three personality traits that have slightly malicious meaning. The three traits as stated above are Machiavellianism, narcissism, and psychopathy. A Machiavellian has a manipulative attitude, and is strategic and cynical. A narcissist is an egocentric person with a sense of lavishness, supremacy, and privileged and has an excessive self-love. Psychopaths have a lack of empathy and frequently involve themselves in thoughtless and thrill-seeking activities in spite of other people efforts.

The study results show that men who self-objectify spend more time on social media as well as narcissistic people who spend a lot of time on social media sites. This research also showed that narcissistic and psychopathic people post more selfies, and narcissists and people with higher self-objectification repeatedly edit the pictures they post on social media. The study suggests that those high on Dark Triad characteristics devote themselves to social media to help them accomplish their relational and social goals in spite of their unsociable personality traits. There is no evidence found in their research recognizing a connecting Machiavellianism and social media use, posting selfies, or editing pictures of themselves.

Although this article shows that selfies are associated with narcissism and psychopathy, the results are based from a small sample of men, and does not apply to everybody.  One is not to presume every person that posts a selfie is either narcissistic or a psychopath.

My wife and I were at a party several weeks ago and decided that it would be incredibly important to take a quick selfie so ...
Start Reading
LiveWell Apr 21, 2017 6:06:33 AM 9 min read

What Rats Can Teach Us About Getting ‘Unstuck’

Have you ever wondered why some people are able to change their diet and exercise habits and lose significant amounts of weight ...
Start Reading
LiveWell Mar 27, 2019 5:10:02 AM 6 min read

I have a quick quiz I’d like you to take.  Open up your favorite social media platform and go through the first 20 posts from ...
Start Reading